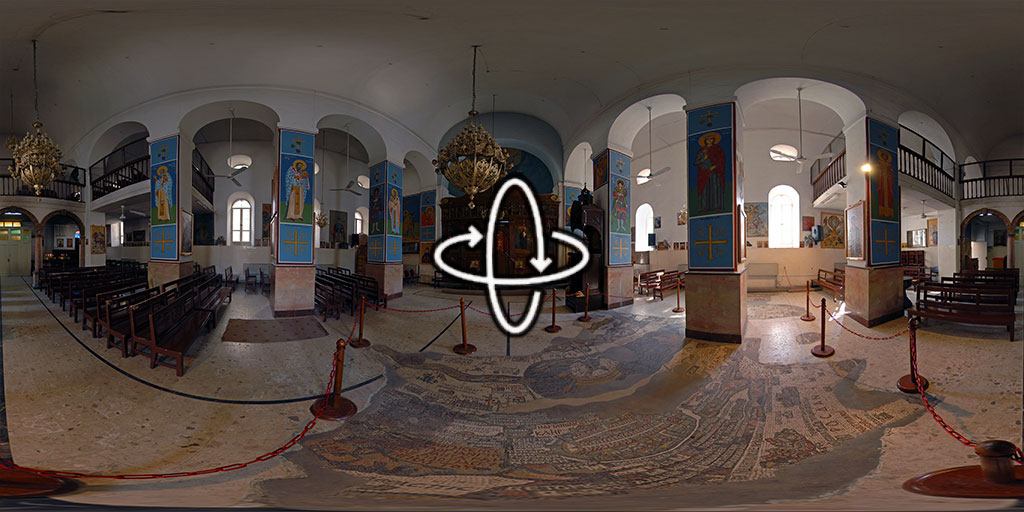 This content requires HTML5/CSS3, WebGL, or Adobe Flash Player Version 9 or higher.
“The Map of Madaba mosaic was discovered in 1896. It drew the attention of scholars worldwide. It also positively influenced the inhabitants, who shared the contagious passion of F. Giuseppe Manfredi, to whom the rediscovery of most of the city’s mosaics are owed. Madaba became known as the “City of Mosaics” in Jordan.” More on Wikipedia.