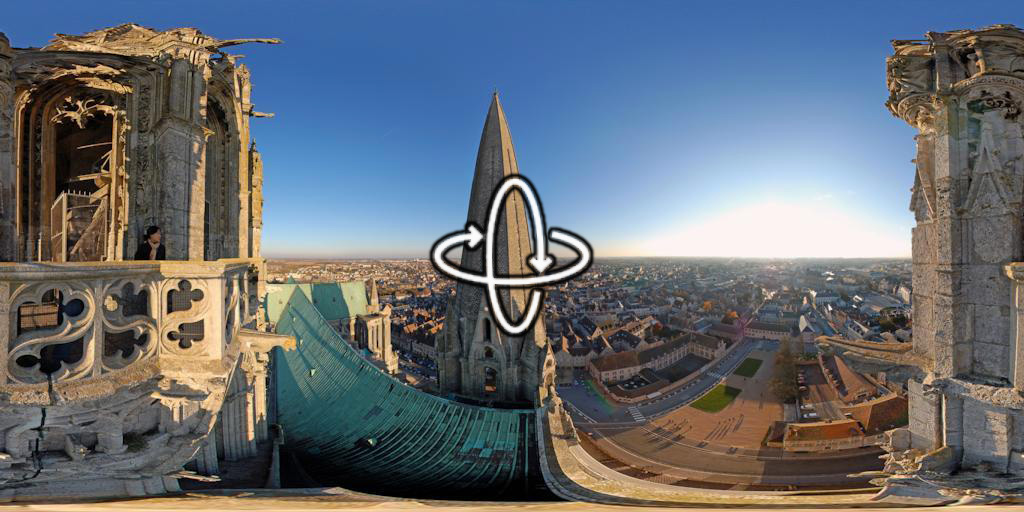 This content requires HTML5/CSS3, WebGL, or Adobe Flash Player Version 9 or higher.
“Chartres Cathedral is a Gothic Catholic cathedral, mostly constructed between 1194 and 1250, and is the last of at least five which have occupied the site since the town became a bishopric in the 4th century. The majority of the original stained glass windows survive intact, while the architecture has seen only minor changes since the early 13th century.” More on Wikipedia [in French].