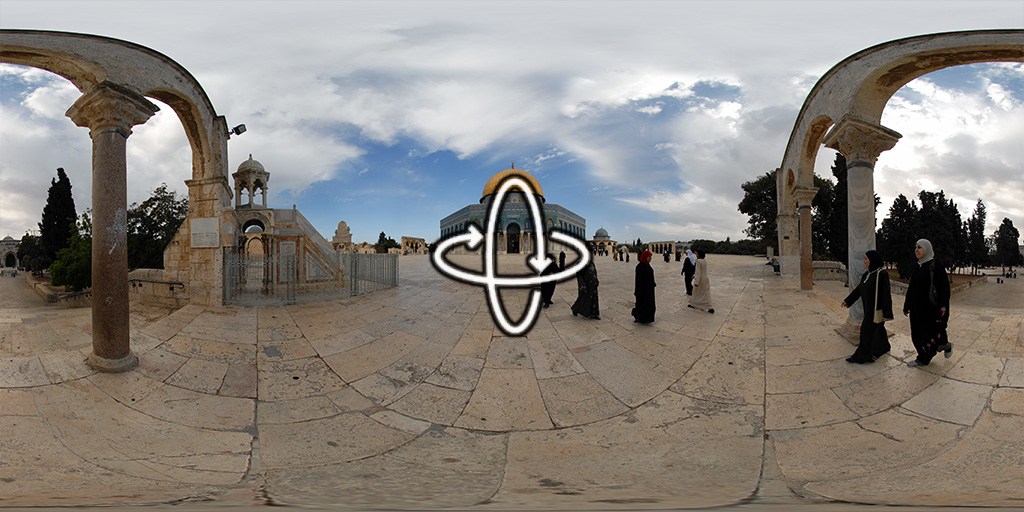 This content requires HTML5/CSS3, WebGL, or Adobe Flash Player Version 9 or higher.
“The Dome of the Rock is a shrine located on the Temple Mount. It was initially completed in 691 CE, built on the site of the Roman temple of Jupiter Capitolinus, which had in turn been built on the site of Herod’s Temple, destroyed during the Roman Siege of Jerusalem in 70 CE. The original dome collapsed in 1016 and was rebuilt in 1021.” More on Wikipedia.
Scroll back to top